Let us start by saying that there are no official CSETI representatives or certified CE-5 teachers.

Dr. Greer has trained thousands of people, including many on our team here at CE5 Texas — but the resources to test and certify individuals do not exist — therefore there are no official teachers, however, Dr. Greer has asked each of us to become educators to share this information. We believe that we can share accurately and help you get the big picture quickly — just realize that what you will read below is our interpretation of the material, and does not constitute official CSETI training. 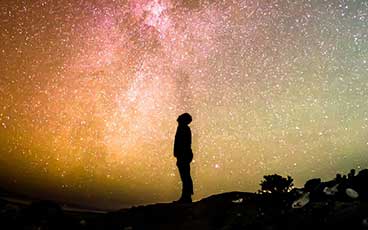 Although the CSETI CE-5 contact protocols are very simple, and anyone can do them, being ready for contact requires some introspection and for almost all of us, some level of personal growth. There is certain background knowledge that will aid you in your contact experience, and in fact not having the background understanding could cause your efforts to be in vain and without result. Also, understand that the contact experiences you may have will be limited by the overall consciousness of humanity and our civilization at this time. This is quickly changing for the better, and is the reason we have touched on a few global issues below that our society is currently dealing with that are limiting our contact and our ability to safely use the new technologies to create a new world.

It is also important to note that the technologies we talk about are technologies that we have had for some 60 years — and we are not basing our contact with ET civilizations in any kind of acquisition framework or attempt to get their technology — such a framework would almost certainly be doomed to failure, just like it would in a relationship with your neighbor next door.

A new world awaits us — and the interstellar civilizations that are visiting our planet are just waiting for us to wake up and realize this. Imagine a world with free energy and above ground "anti-gravity" type transportation, easy access to orbit and other planets in our solar system. Imagine traveling from Paris to New York in minutes, instead of hours. No centralized utilities, no fuel costs. Peace and prosperity globally, for everyone. We could transition to this fairly quickly, but Dr. Greer describes our civilization today as being in the "danger zone" where our technological development is far ahead of our social development. We are still fighting wars over land, oil, and religion — and these advanced technologies would only give us more powerful ways to blow ourselves up. As Dr. Greer puts it:

We are standing on the precipice of either destroying ourselves, or moving forward and creating an amazing new world. Fighting wars over borders when there are other planets we could be exploring and killing each other over religious beliefs when the basic spiritual teachings of all the worlds religions are similar is keeping our civilization locked in the current paradigm of the past. Changing our civilization begins with changing ourselves — So the fundamental problems we have are spiritual and social in nature, not technological.

religion as a means of separation

Although religion has nothing to do with CE-5 contact, our civilization's tendency to separate people and create divisions (and national governments) based on religion, and ultimately wage wars based on religious beliefs is keeping us in the technological stone age. No doubt, this has been one of the reasons for the secrecy about this technology, because releasing powerful new technology in a world at war would truly be dangerous and irresponsible. In 1952, W. Kenneth Christian described all the worlds religions as one religion in reality, given by the same God to a changing and growing humanity by sending many divine educators to different segments of humanity at different time periods — because remember that it is only very recent in our history that we have had the ability to communicate instantly worldwide, so to send educators to all of humanity required sending them to each isolated segment in the past.

"the open-minded individual can see the pattern of agreement and evolution in what these supreme Educators taught. Stripped of the many layers of theology and custom, the different faiths of the world assume an integrated relationship, each leading to the other in historic development, as links in a chain. And none of the great Founders of the world's religions has ever taught that He was the only or the last Revealer of divine teachings. Instead, each of them has praised the Prophet Who lived and taught before Him, and also has pointed to the future when another such Educator, or "Spirit of Truth" as Jesus taught, would live."W. Kenneth Christian

Humanity created a separate religion for each encounter and now, looking back through thousands of years of "theology and custom", it is no wonder that these religions as they exist today seem so dissimilar. However, if we look back to the the original spiritual teachings of the Founders of each of the worlds religions — and not so much the theology and customs that have come from thousands of years of humanity's involvement with these teachings — we may just find some similarities — and it is probably safe to say that the Divine Teachers whose teachings were used to form the worlds religions did not expect us to be killing each other for any reason, certainly not over differences in interpretation of the theology we have created around their teachings.

It's important for our civilization to stop using religion as a means of separation — continuing to do so will only delay the time when we can safely use these new technologies to create an amazing new world.

Whom do we represent?

Our civilization has become global in nature. Consider how changes in one economic market can affect the rest of the world, and news about a small event happening somewhere can travel at the speed of lightening around the planet — making millions aware almost instantly. For the first time in our civilizations history it is possible for everyone to view the entire planet, with all its myriad diversified peoples, in one perspective. But for all we have accomplished, we still do not have a contact point for ET civilizations to contact Earth civilization — you see, they are not interested in talking just to the Americans, or the Italians, or Germany or London, they want to talk to the people of Earth — and the United Nations has opted out.

"One of the hallmarks of the maturation of the human race is the attainment of a true world civilization and the establishing of a just and representative world government, which should be empowered to respond to the challenge of interplanetary relations. Until such a body is effectively functioning, any group attempting such contact should be operating within this global perspective" (emphasis ours)Dr. Steven Greer

One Universe, One People!

The realization that we are all one people, not just on Earth, but in the cosmos as well, is really a prerequisite for contact, for without it we will only see differences which lead to division and conflict. Seeing with the eye of oneness will allow us to communicate with an interstellar civilization, no matter how different they are from us. How can we expect to communicate peacefully with people from other planets if we cannot even relate to our neighbors, living in the same town on Earth, because they are a different color, or religion? How much more different the people of other planets could be! Only the mind well centered in the consciousness of oneness will be able to withstand the great diversity the universe could represent. What is the common attribute that makes us all one? Dr. Greer in his book "Extraterrestrial Contact: The Evidence and Implications" states:

"But what does it mean to be human, essentially human, apart from a purely biological definition? Our deepest point of unity transcends race, culture, gender, profession, life roles, even level of intelligence or emotional make–up, since all these attributes vary widely among people. Rather, the foundation of human oneness is consciousness itself, the ability to be conscious, self–aware, intelligent sentient beings. All other human qualities arise from this mother of all attributes. Conscious intelligence is the root essence from which all other human qualities emanate. It is the universal and fundamentally pure canvas on which the dazzling array of human life manifests. The firmest, most enduring and transcendent foundation on which human unity is based then is consciousness itself; for we are all sentient beings, conscious, self–aware and intelligent. No matter how diverse two people or two cultures may be this foundation of consciousness will enable unity to prevail, as it is the simplest yet most profound common ground which all humans share.

As great as the challenges to unity have been and continue to be for humans, how much greater this might be for the emerging and embryonic relationship between humans and ET civilizations. The superficial and cultural difference between, say, an American and a Kenyan tribesman may pale before it ... the failed and disastrous ways of the past – of seeing only differences and foreign qualities – must give way to a new way of seeing – of seeing with the eye of oneness. This eye of oneness must be directed not only towards our fellow humans, but towards ET people as well, for the same fundamental basis for unity which exists among humans also exists for the relationship between humans and ETs ... Regardless of planet, star system or galaxy of origin, and no matter how diverse, ETs are essentially intelligent, conscious, sentient beings. We are, essentially, one. The beings currently visiting Earth from other planets, while no doubt different from humans in both superficial and more profound ways, are nevertheless conscious intelligent beings. This essential unity is not subject to the trials of diversity, for it is pure, immutable and fundamental to the existence of intelligent life itself ... Diversity, distinction and differences must be met with mutual respect, acceptance and even celebration, while the deeper foundations of unity are held steadily in view."Dr. Steven Greer

There is evidence to suggest that these extraterrestrial visitors have technology that can interface with consciousness and thought, and are able to sense your true intentions and emotions in real time and at the outset. Therefore, examining our own intentions and reasons for wanting to communicate with them becomes very important for any real success.

"Success requires that the spirit of our endeavor be one of scientific openness, the search for truth, altruism, selflessness, harmlessness and non–covetousness. A desire for the peaceful furtherance of the ETI – Human relationship is paramount. For these reasons, "purity of motive" on the part of human researchers and investigators is a primary requisite ... in this regard, it is likely that a novice possessed of noble intentions and equipped with only a flashlight would meet (has met?) with greater success than a governmental agency motivated by lesser intentions, even though it has advanced technology, personnel and billions of dollars at its disposal. Indeed, an aboriginal with only a bonfire may go further in the establishment of communication and the discovery of truth!" Dr. Steven Greer