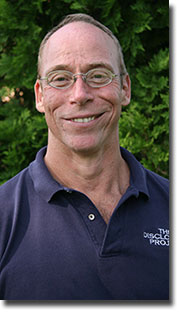 Dr. Steven Greer grew up in beautiful Charlotte, North Carolina, on the east coast of the United States. His early family life was at best, dysfunctional – alcoholic parents and the home conditions that attend that made early childhood very difficult.

One day in 1965, while playing with other kids in the neighborhood something happened that awakened an interest in all things space related – and he describes this in his book "Hidden Truth – Forbidden Knowledge."

We were typical Southern kids, wandering about in search of all manner of adventure - something to build, or see, or take home. Little were we prepared for what suddenly appeared in the southwest sky: a silver, oval-shaped, gleaming craft - obviously not an airplane or helicopter. It was seamless, totally silent - and unlike anything we'd ever seen. After hovering for a short time, it instantly vanished.

His family disregarded the story as childhood musings, but the children knew they had seen something well beyond the ordinary.

This was Dr. Greer's first of many encounters with an "ETV," the term used by the National Security Agency for extraterrestrial vehicles, also commonly known as UFOs. Over the next few weeks Dr. Greer repeatedly experienced what is today commonly called a lucid dream, where he had night encounters with beings who were not from the Earth. He believes they were trying to instill in him an awareness and acceptance of things beyond the world he could see. He admits that being very young helped him to "take it all in stride" and his young innocence allowed him to view the experience without prejudice. In fact, he says it was "life altering" and was the dawning of a larger search for truth that grew stronger as he matured.

Dr. Greer had been raised by "emphatically" atheist parents, nevertheless, he began to study prayer and meditation on his own. In 1973 however, something happened that would change his life forever.

Dr. Greer injured his leg just before a planned 200–mile bike ride. Being young (and without money or medical insurance) he decided to go ahead with the ride anyway. He neglected the injury and after finishing the ride it became infected. Today, as a medical doctor, he knows what happened, he became septic, his bloodstream was infected and spreading throughout his body, causing an extremely high fever. He was a 17–year–old without a phone (remember, 1973) trying to nurse a wound by himself and not fully understanding the severity of his condition. This ended with him having a near–death experience, which he describes as having

altered my life like nothing before, changing everything I had been taught - that there was no Divine Being or conscious existence after the death of the body. I now know from direct experience this is false. God does exist, as do His Messengers. For me, nothing would ever be the same. I'd learned that death is not to be feared, that, in fact, there is no death - only a transformation from one state into another.

and after returning to his body from the near–death experience, Dr. Greer describes how

this state of incredible bliss, a rarefied state of higher consciousness where the unbounded quality of cosmic awareness, was still awake in me. Enclosed in a room, I could be infinitely aware at the same time. The mystics call this cosmic consciousness - a state I continued to experience some time thereafter.

This experience of a higher consciousness during the near–death experience awakened a yearning to experience that state again, which started Dr. Greer on the path of learning meditation. It was later, while at college, Dr. Greer had gone to a local mountaintop to meditate and watch the sunset by himself when he had a second encounter with an ETV – and this time, with the occupants inside as well.

We will leave the details of that encounter for the book, but of the experience Dr. Greer has said

It was clear to me that the ETs wanted humans to move beyond mutually assured destruction and into a peaceful civilization that could co-exist with space in harmony. Earth needed to find people to be ambassadors for this objective. And so, I offered to do this, and to help teach the same to our fellow humans. Nothing more, just that.

It was during this encounter the protocols for humans to contact extraterrestrial peoples were jointly developed, and those are the techniques used today around the world by the CSETI CE-5 Initiative "Ambassadors to the Universe" working groups (contact teams).

In the years that followed Dr. Greer finished his medical degree, met his wife and started a family, and built a career as a medical doctor.

These early events led Dr. Greer to eventually create CSETI, The Center for the Study of Extraterrestrial Intelligence, The Disclosure Project, The Orion Project, and Sirius Technology Advanced Research.

Dr. Greer is a lifetime member of Alpha Omega Alpha, the nation’s most prestigious medical honor society, and has now retired as an emergency physician to work on these projects.

Today, Dr. Greer is considered to be the father of the disclosure movement. He presided over the groundbreaking National Press Club Disclosure Event in May, 2001 where over 20 military, government, intelligence and corporate witnesses presented compelling testimony regarding the existence of extraterrestrial life forms vising the planet, and the reverse engineering of the energy and propulsion systems of these craft. Over one billion people heard of the press conference through the original webcast and on subsequent media coverage on BBC, CNN, CNN Worldwide, Voice of America, Pravda, Chinese media, and media outlets throughout Latin America. The webcast had 250,000 people waiting online – the largest webcast in the history of the National Press Club at that time.

He is considered one of the world’s foremost authorities on the strategic process of transforming our carbon-based civilization to a long-term sustainable civilization using innovative sciences and technology.

He is the author of four insightful books and multiple DVDs on the UFO/ET subject. He teaches groups throughout the world how to make peaceful contact with extraterrestrial civilizations, and continues to research bringing truly alternative energy sources out to the public. Dr. Greer has studied the Sanskrit Vedas extensively and has been teaching mantra meditation for over 30 years.

Dr. Greer has been seen and heard by millions world-wide on CBS, the BBC, The Discovery Channel, the History channel, The Ancient Aliens series, Thrive and through many news outlets worldwide. His most recent documentaries “Unacknowledged” and “Close Encounters of the Fifth Kind: Contact Has begun” are now on Netflix, Amazon Prime, and Tubi.

His message is one of hope – that these energy systems can soon be available worldwide. His goal is to assist in the creation of a sustainable, peaceful civilization on Earth that is both high tech and in harmony with the environment.

We invite you to watch the film below, by New Paradigm Films, in which Dr. Greer discusses some of the above and answers some common questions about his work.

New Paradigm Films produced a short film where Dr. Greer summarizes his work with very little interruption. The video can be viewed below and is broken into four segments for easy viewing.